As we begin discussing the dynamics of Teen Dating Violence, it’s important to understand the concept of Power & Control as it is a force found within many unhealthy relationships.

Let’s start with a discussion of power. When I say the word power, what images come to mind? Lightbulbs? Muscles? Tanks? Money?

All of the images that come to mind can be placed within one of three categories: 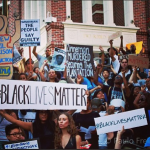 [/one_half][one_half_last]Collective Power/Power With is the power that individuals feel when they come together. This can be thought of as synergy. The word synergy comes from the Ancient Greek term synergia, meaning “working together. Artivist M.K. Asante, Jr. defines synergy as, “…the interaction or cooperation of two or more agents to produce a combined effect effect greater than the sum of their separate effects.” We see examples of collective power in marches, protests, co-ops, etc.[/one_half_last] 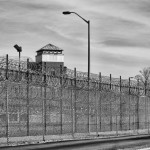 [one_half_last]Institutional Power/Power Over is the power that comes from institutions. It can be seen in some governments, monopolies, laws, and in the systems that enforce them.[/one_half_last]

The School of Unity and Liberation in California defines power as, “the ability to control circumstances.” Oftentimes, political scientists define power as the ability to influence the behavior of others, with or without resistance. Within social justice work, power can be defined as access to resources and/or privileges. Depending on your social position, it is more than likely to have different amounts of power in various parts of your life.

Now that we have a collective definition/vision of what power is and how it shows up, let’s talk about who is in power.

Before we move forward, let’s recap a few points. As we live our lives, we are constantly engaging under an amalgam of systems that benefit certain groups of people at the expense of others. This difference in power has led to a lot of violence, distrust, and heartache between and within groups. We’ve also defined power as the ability to control circumstances and as the ability to influence the behavior of others, with or without resistance.

So, what does power have to do with relationships?

The benefits and disadvantages faced by certain groups can show up in relationships and help to reinforce the power differences between people. When we are aware of these systemic forces, we can best understand how to help others and ourselves to make sure abuse and violence are not perpetuated in our community or intimate relationships. We can also understand the complex situations people are in when they try to access services from organizations/institutions that believe in and reinforce those -isms we just spoke about.

Later on this month, we will dissect and discuss Control and the ways that Power & Control develop the foundation of an unhealthy relationship.
…